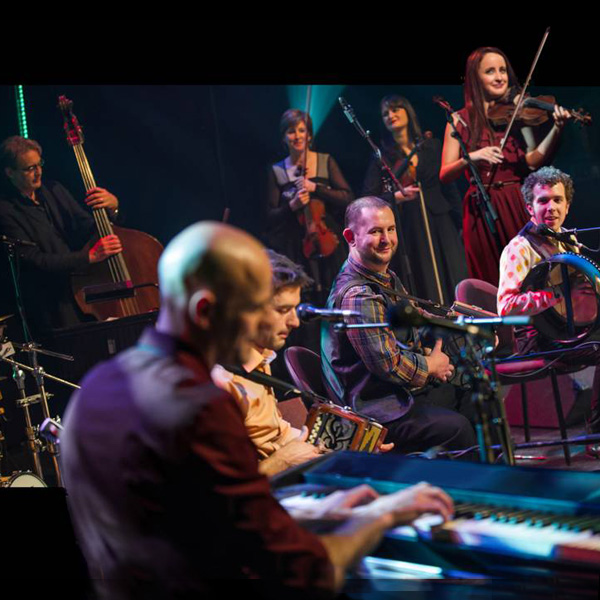 Since their formation in 2002, Beoga have become regarded as one of the most popular and influential ensembles in modern Irish music.  Their unique sound showcases the twin duelling accordions of Damian McKee and multi-instrumentalist Seán Óg Graham, pianist Liam Bradley, four times All-Ireland bodhrán champion Eamon Murray and Niamh Dunne, one of Ireland’s premier young talents, on vocals and fiddle. Beoga have been described by the Wall Street Journal as ‘the best traditional band to emerge from Ireland this century’. While the backbone of their sound lies firmly within the Irish tradition Beoga have never shied away from incorporating elements from other genres into their music. From bluesy riffs to Astor Piazzola-style jazz, to a raunchy New Orleans jamboree vibe, their music always returns to a  vibrant Irish sound. The result is traditional, with a huge sense of fun and adventure.

For over a decade Beoga have toured the world, headlined major festivals, won numerous awards, performed at the Last Night of the Proms and produced four critically acclaimed albums. Their 2009 release ‘The Incident’ was Grammy shortlisted for Best Contemporary World Music Album. The very definition of radical trad – not to be missed! 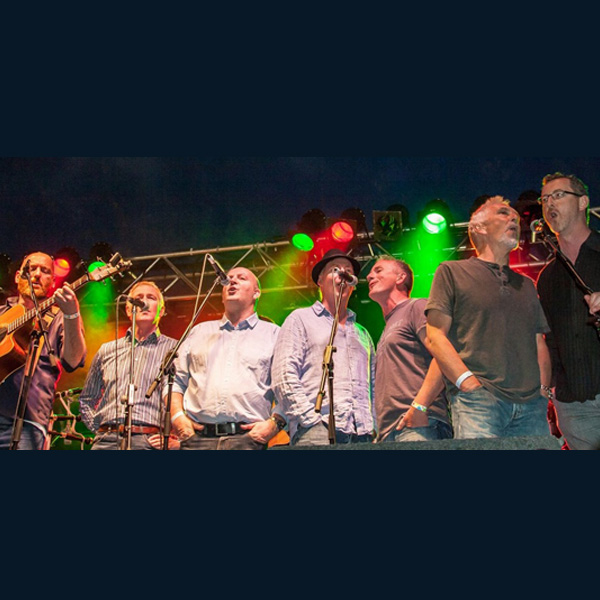 Combining strong backgrounds in Irish traditional, folk and contemporary popular music with an a capella singing ability developed through classical choral music, Coda represent an utterly unique proposition. Drawing on singing talent from the west of Ireland, Coda are seven singers who started developing their own approach to vocal performance in 2011. Live performances feature an eclectic mix of musical styles encompassing Celtic and North American music, traditional and contemporary folk songs, original compositions and popular songs from sources as diverse as Clannad, Tom Waits, Van Morrison and The Beatles. Coda’s wide-ranging repertoire comprises both a capella arrangements and songs with instrumental accompaniment as well as traditional Irish music. Thrown into the mix is the newly composed ‘Mayo Home’ penned by Declan Askin, which they performed at the Westport Festival 2013 and on RTÉs ‘Up for the Match’ Sept ’13, accompanied by the Westport-based Clew Bay Pipe Band.
“The West is wide awake and in full voice – or at least seven men from Mayo are. This confident, robust debut from Coda, an all-male a capella group, suggests a coalition of voices and personalities built not only on compatibility but on an appetite for diverse musical styles”… Irish Times 2014. 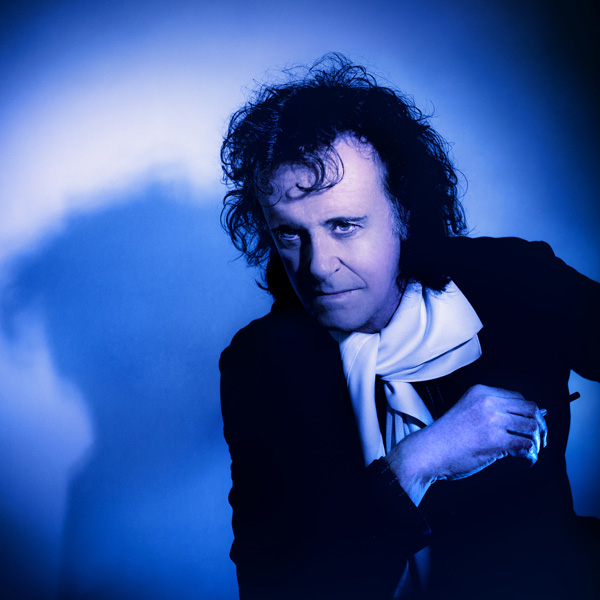 This folk-rock-pop troubadour exploded onto the scene in 1965 and went on to attain legendary status. This is a performer who can truly be regarded as a member of the British rock aristocracy. From folk to psychedelia through pop and back again, Donovan re-shaped the musical landscape with a rare individuality and utterly unique repertoire. His is an enviable back-catalogue that remains as relevant and vibrant today as any contemporary artist’s. Astonishingly, between 1966 and ’69 he racked up a string of eleven top-forty hits in a row. Songs such as ‘Jennifer Juniper’, ‘Mellow Yellow’ and ‘Hurdy Gurdy Man’ have embedded themselves in the popular psyche. It’s actually difficult to imagine them not existing. Over the course of his extraordinary career he has shared the stage with innumerable titans of modern music, including Bob Dylan, Joan Baez, Jimmy Page and the late great Pete Seeger. Inducted into the Rock & Roll Hall of Fame in 2012 and The Songwriter’s Hall of Fame in 2014, the recognitions of his singular contribution are endless. We are delighted that this giant of the Irish-Scottish traditional music world will headline the tenth-anniversary TradFest Temple Bar with a hotly anticipated performance on Saturday, January 31st in the suitably stunning surrounds of Dublin Castle. Unmissable! 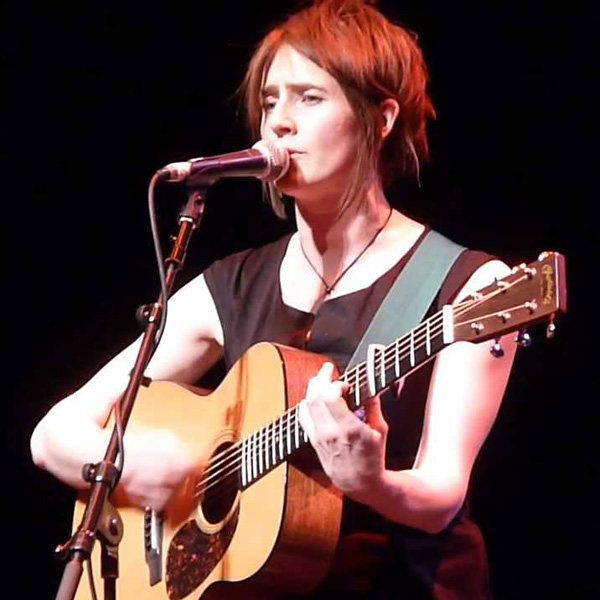 With glowing reviews for the evocative lyricism and cinematic musical depth of her 2012 album “Traces”, Scottish singer-songwriter Karine Polwart will be playing a raft of songs from the album and some live favourites at all her dates in 2014. Karine draws from folk music’s long tradition while keeping pace with the ceaselessly changing times. Her talent for crafting unique, enduring melodies, her gift for saying just enough without overstating her case, the range and dynamism of her arrangements, all come together in songs of powerful contemporary relevance. She also has the purest and most approachable of singing voices, drawing the listener towards her in the same way one might lean towards a late night tale by the fireside. 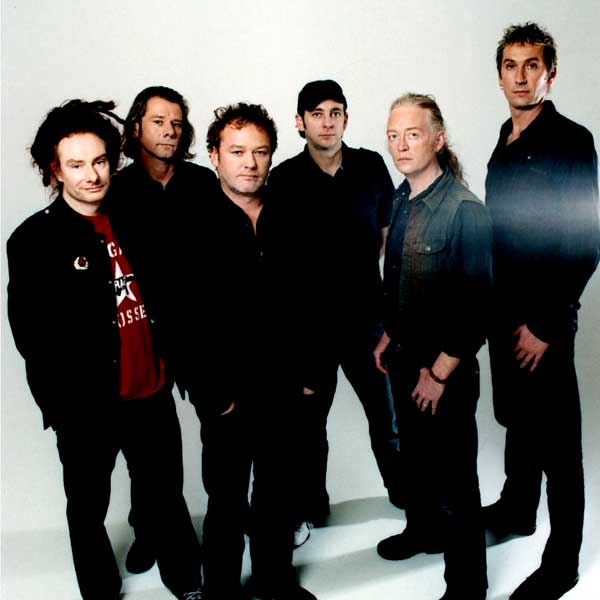 25 years on, Brighton folk-rock band Levellers make music that is as vital and insightful as ever.
The band released their tenth studio album ‘Static On The Airwaves’ in 2012, their second produced by Sean Lakeman. Static On The Airwaves is unquestionably their most mature and considered release to date and is an album rich in reasoned clarity and insightful observance of the world in which we currently live. Levellers have long been and still are, one of the best live bands around but, often overlooked is their impressive back catalogue of recorded music. The Levellers sold more platinum, gold, and silver albums in the 1990s than any other act. Their platinum-selling 1991 album Levelling The Land, which is widely regarded as an absolute classic, features hits including One Way, Riverflow, The Game, Far From Home and Liberty Song. This show will feature an acoustic set. 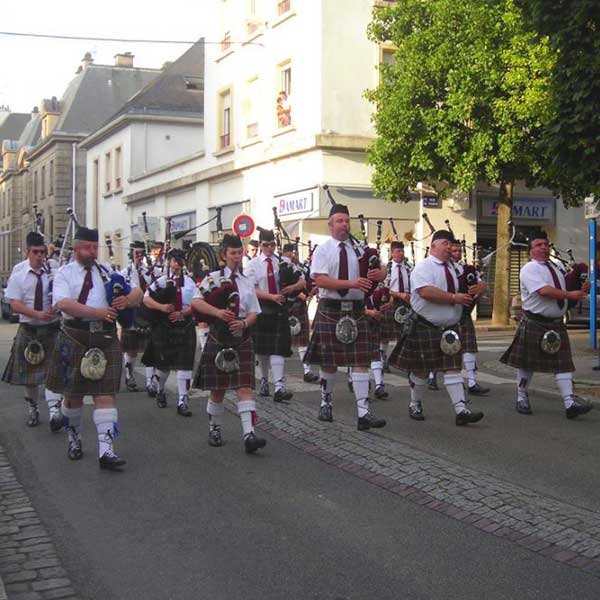 The City of Limerick Pipe Band is a popular pipe band in The Association of Pipe Bands and are welcomed all over the country and indeed, the world. The band is the chief pipe band to the Chieftains and have appeared on stage with them all over the country. The City of Limerick Pipe Band was formed way back in 1949. The band has always been the city’s top ranking pipe band and a great institution of education for young pipers and drummers. Pipe Major Philip Doran and lead drummer Matthew A Ring are the musical directors and will lead the band during their performances at TradFest.