One of Ireland's leading and most accomplished choir groups The Guinness Choir have announced their second early evening performance at St. Patrick's Cathedral on the 4th of December at 6.30pm.

Due to the great success of their first performance, The Guinness Choir have announced they will be returning to St. Patrick's Cathedral and invite the public to take a weight off their Christmas shopping feet and to join them for classical choral songs and carols. There will be an exciting guest appearance by Irish Folk singer song writer Paul Brady!

The production is directed by Dave Milne, accompanied by organist David Leigh, and the concert will feature choral suit of the Armed Man by Karl Jenkins. The collaboration between choir director David Milne and Paul Brady will show a wonderful fusion between two music genres that will create an uplifting night of festive cheer. 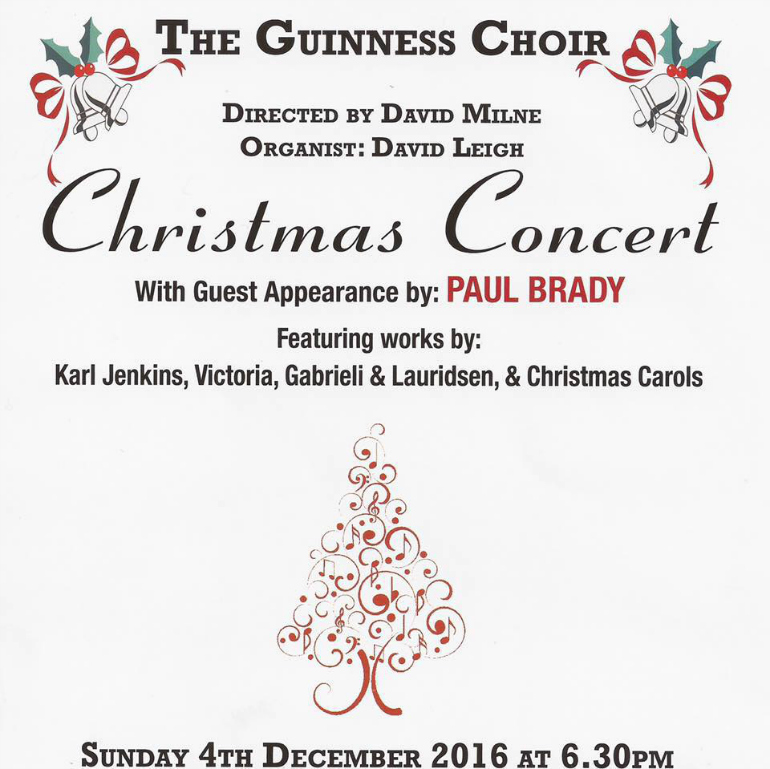 This will be a fantastic way to get in to the celebrations for Christmas!