Finbar is relocating to quiet Leitrim to escape a failed relationship. But Leitrim is being run by a new political force, ‘The Lesbian Alliance’, whose leaders had successfully beaten fierce competition from San Francisco and New York to host the world’s largest LGBT community drama festival.  Now they want to win it! 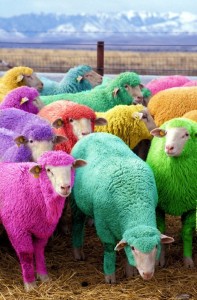 They ‘persuade’ Finbar to cobble together a group that includes, the Mayor, a local sheep farmer, as well as the local parish priest and Quentin, a washed up director to help.  Quentin’s plan for a ‘gritty’ musical called ‘The Lesbians of Leitrim’, is heading towards a very humiliating public disaster.  Can they possibly triumph? This comedy, with songs, presents a hilarious take on life in rural Ireland - from the same team that produced last year’s hit comedy, ‘Tits Up!’