A trio of exceptional musicians featuring Greek vocalist Savina Yannatou, UK bassist Barry Guy, and Italian pianist & percussionist Francesco Turrisi in the atmospheric surroundings of the Unitarian Church. It will be held on 23rd Oct at 8pm. 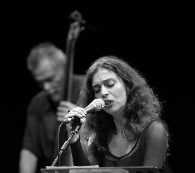 Savina Yannatou comes from a rich tradition of Greek & Mediterranean folk music and is regarded as one of the most respected interpreters of Greek music. This is juxtaposed by her extensive explorations in jazz and avant-garde music in addition to her output as a celebrated ECM artist. “Dark-toned but ambrosial, highly disciplined yet seemingly bursting with a soul of pure flame, the rather staggering Athens-born singer Savina Yannatou is a virtuosic chameleon adept at an extensive range of vocal tradition” - John Payne, L.A. Weekly 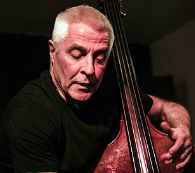 Barry Guy, an English composer and pioneering bassist has an extensive and influential body of work that encompasses large ensembles, solo expositions and intimate duo and trio work. He has been at the forefront of free improvisation since the mid 1970’s and he is renowned in particular for his striking approach to double bass utilising many prepared techniques on the instrument as well as intriguing percussive, bowed and tonal variations to create a sound unique to his inimitable style. 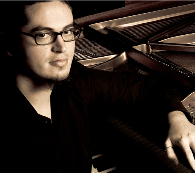 Dublin based Francesco Turrisi is a highly versatile musician; a thrilling jazz improviser and early music adept who has been defined as a “musical alchemist” and a “musical polyglot” by the press. He has released four critically acclaimed albums as a leader and two as co-leader (with ensembles Tarab and Zahr) on Diatribe records and on his own label Taquin records. He is equally at home on percussion as well as piano and accordion and has collaborated extensively with artists from jazz, world and early music fields.

Together, this trio share a common love of early music, interwoven with their collective experience working in jazz and other ethnic circles to create a compelling trio proposition.