A group of musicians will perform at Salute To Eugene, a night celebrating the life of Eugene Moloney.

With special guests on the night.

A group of these musicians are celebrating Eugene’s life with a concert in Whelan's. It will take place on the second anniversary of his tragic and untimely death, June 24th 2014.

On June 24th 2012 journalist Eugene Moloney was assaulted on his way home and unfortunately passed away.

Eugene was a huge music fan. He had been a music journalist for Independent Newspapers and was working as a freelance journalist for The Irish Daily Mail at the time of his death. He was a friend to many media colleagues and musicians. 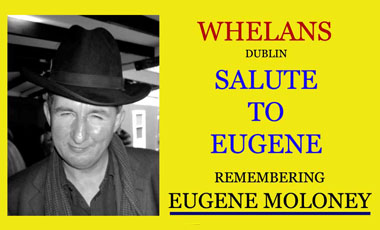