Polly and the Magic Lamp – The Olympia Theatre Panto

Ireland's funniest family Panto is back and bigger than ever - it's simply unmissable! This year The Olympia Theatre is home to the most star studded show in the country.

There's something for everyone in this magical panto with stars of stage and screen, social media's biggest and brightest and one of Ireland's newest music sensations! 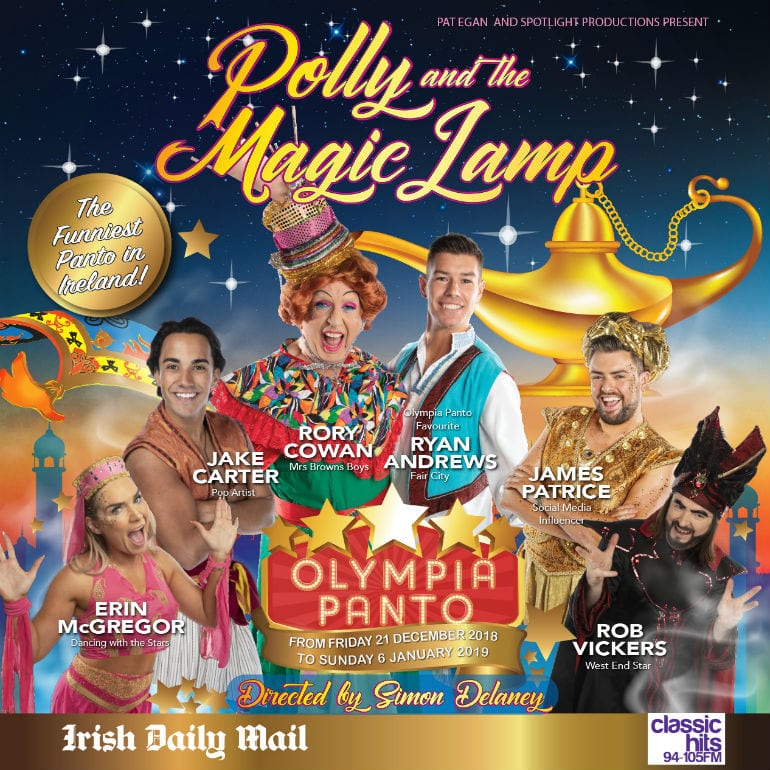 'Polly and the Magic Lamp' is bursting with character...

With an All Star Cast along with the talented dancers and performers from Spotlight, you'll be dazzled this Christmas in a spectacular action packed Panto for all the family.