Since 1991 release of ''TEN'', Pearl Jam have gone on to sell in excess of a staggering 100 millions albums worldwide and secured a place in the hearts and minds of people globally. The music of Pearl Jam has, by now, shaped and inspired a whole generation and this is something which Pearl Jem does not take for granted as a great attention to detail has been given to this show. The sense of honesty in the interpretation of the music creates an insatiable atmosphere both onstage and throughout the expectant crowds.

Formed in 2006, Pearl Jem have gone from strength to strength enjoying much success touring. Capturing the raw energy, passion and emotion of the Seattle giants in their live performance. Gaining the hard-earned respect of even the most hardcore fan of the real thing, this highly acclaimed tribute are now widely regarded as Europe's No.1. Truly a must-see show for all Pearl Jam fans out there. Whether it's the more melodic, chilled-out aspect of this 2 hour plus programme or the full-on guitar driven songs you desire, these lads have it covered with a set-list made up of songs taken from every album in the back catalogue from Ten right up to the most recent offering Lightning Bolt. 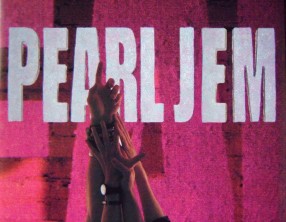