This night kicks off at 10.30pm on December 31st in the best club in town, Opium Club, with entrance via Liberty Lane. Al has played at every major festival, club night, venue and event in Ireland and still has a lust for the job. His FM104 show 'Freaks on Friday' earned him an IMRO award in 2018.

Jenny Greene is a household name in Ireland with years of DJing experience under her belt, known for her extensive touring with the RTE Concert Orchestra & her hugely popular 2FM radio show.

Tickets cost €20 (General Admission), which are available via Eventbrite 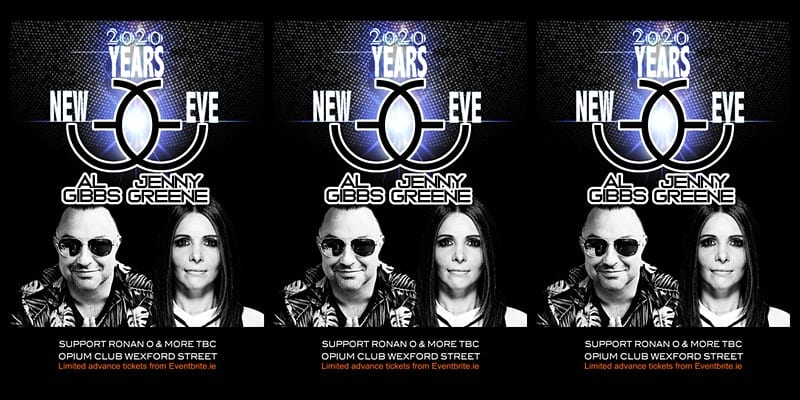