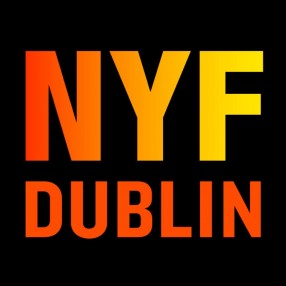 As a partner, DublinTown has 4 tickets to give away to Dublin's biggest New Years celebration! One lucky person will get 4 tickets to this sold out event!

To be in with a chance simply email us at tellus@dublintown.ie and share with us your New Years resolution for 2015. The more creative the better!

Kodaline are one of the biggest Irish bands to emerge in years. Currently at 3x Platinum Irish sales and counting, the band have played to capacity crowds at The former O2 Arena (now 3Arena) Electric Picnic and Longitude at Marlay Park.  In 2013 they joined a distinguished group of artists to achieve nine weeks at No1 – the last to do this was Adele with ’21’ in 2011.

James Vincent McMorrow’s acclaimed debut album, ‘Early in the Morning’, reached number 1, went platinum and picked up a Choice Music Prize nomination upon its release in 2010. Along the way, there were shows everywhere from the Royal Festival Hall to Later… with Jools Holland. McMorrow released his acclaimed second album ‘Post Tropical’ in Ireland in January 2014

The Dublin Legends
Sean Cannon, Eamonn Campbell, Gerry O’Connor & Paul Watchorn are all true legends of Irish Folk music. Sean & Eamonn were members of The Dubliners for close to 30 years while Gerry joined them for the final part of their 50th Anniversary Tour.

“The Lads” are looking forward to entertaining & meeting all their old friends & fans at NYF Dublin and will continue to play all the classic songs and ballads known the world.

Walking on Cars
Hailing from the tiny Irish coastal town of Dingle, population 1500, these Irish chart toppers have been selling out shows in their homeland for the past year, amassing a huge live and online following. Their single ‘Hand In Hand’ was an iTunes #1 and remained in the iTunes Top 10 for a number of weeks after release.

Check out other NYF events here