Miller Genuine Draft is responsible for launching the world famous Miller Music Tour, bringing the energy and endless possibilities of the night to life in the most electric cities in the world. From the global epicentre of EDM, Las Vegas, to the bright lights of NYC, The Miller Music Tour is now coming to Dublin! 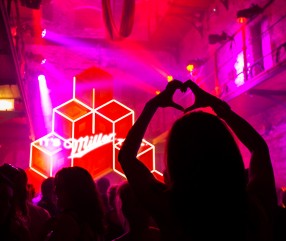 Following a sell-out event in Cork earlier this year, the Miller Music Tour returns to Ireland for one night only with special guest, Electro House maestro, Alex Gaudino. Taking over Mansion House on Saturday 22nd November, the Dublin Miller Music Tour will be an epic night not to be missed with a Dead Prezidents’ set as well as other fresh music talent, aerialists, 3D projection mapping, LED dancers and much more. There is also the chance for upcoming DJ’s to mix it up in front of some of the biggest names in EDM in the Sound Clash competition.

Become a fan of the It’s Miller Time Facebook page for ticketing information, chances to win tickets to the night and more exciting insights into what you can expect as the Miller Music Tour reaches Dublin.  It’s Miller Time #ItsMillerTime

Tickets cost €15, but with a strict limited capacity, book early to avoid any disappointment.

Commenting on his upcoming trip to Dublin, Alex Gaudino said: “I’m really thrilled to be back in Dublin and I’m greatly looking forward to the Miller Music Tour. There’s something about Ireland and electronic dance music that keeps me wanting to come back for more.”

Dead Prezidents added: "We're beyond excited to play the Miller Music Tour in Dublin with Mr. Gaudino. If it's anything like the Cork gig we played earlier this year, this show is not to be missed!! We'll see you there on the 22nd of November.”