Lady Lamb at The Grand Social

Lady Lamb releases her sophomore album "After" in Europe through BB*ISLAND and announces first UK/European live dates. She will play at The Grand Social on September 17th! 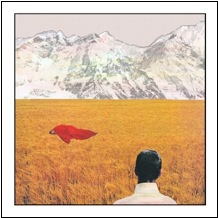 Tickets priced at €15 including booking fee go on sale this Monday at 10am from ticketmaster. Lady Lamb (formerly Lady Lamb The Beekeeper) is the moniker of Maine-raised now Brooklyn based singer/songwriter and multi-instumentalist Aly Spaltro, a modern day pop-experimentalist, with an expressive versatile voice. In 2007, at age 17, she began writing and self-recording music in a video rental store, where she worked the closing shift. Since then she grew into a powerful lyricist and performer. While her songs are rooted in folk Spaltro has a soulful pop sensibility and an imaginative sense for rich arrangements, producing a glowing, stand-out indie rock on her sophomore album „After“.

Just earlier this week NME recommended to not miss out on this :
"...'After’ is personified by her ragged, powerful voice, under which she picks, thrashes and strums riffs that mostly sound just as full of character..."

"I wanted to make an album that was still uninhibited and still me in every way," Spaltro told in an interview for INTERVIEW MAGAZINE, "but I also wanted to challenge myself to be more direct, I wrote a lot of the first record when I was 18. I was so full of emotions that were battling each other, and the songs reflected that. But now I'm in a different place."

Already her 2013 debut album "Ripely Pine" (Ba Da Bing/BB*Island) caught some attention, especially in the US where she soon was invited to share stages with artists like Torres, Sharon Van Etten, Beirut, and just recently The Decemberists and Conor Oberts.

British SUNDAY TIMES picked  "Ripely Pine" for "Album Of The Week"and rated it as: "One of the most visceral break-up albums the genre has ever offered up,(...)  a work whose honesty,uncompromising ambition and caution-to-the-wind recklessness leave you short of breath."

Indeed it was marked by an undeniable passion and confidence, but where it sometimes lacked in personal narrative and directness is where "After" shines. The last line on After encompasses the self-assurance of the work as a whole, stating "I know where I come from." This theme is a constant throughout After, as Spaltro seeks to allow the listener to move in closer than ever before, to reflect on the past with grace, and envision the future with fervor. Spaltro invites us to contemplate the dualities that make us human, encouraging the celebration of both fear and love: internally and externally, before and after.

These new works are sonically vibrant, with an assertive use of grit and brightness. Thematically, they provide direct insight into Spaltro’s rumination on mortality, family, friendships, and leaving home.

ROLLING STONE describes 'After' as  "...a collection of surrealist folk rock that grounds the dream-like imagery of her past work in the hard specifics of concrete events...."

And PITCHFORK digging deeper  "...Her lyrical muscle lets Lady Lamb oscillate between the visceral and the mundane without so much as a knowing lilt in her voice. Both modes come easily to her, and the tension between them is fertile. There's a parallel tension in the music, too: The strongest songs on After verge on acoustic despondency only to break into a big, crunchy chorus. You can always weep out the pain, but sometimes it's so much more fun to mosh it off..."

A bit behind the album release in North America (out through Mom+Pop Records since early March), Lady Lamb’s new album ‘After’ is now available in UK and Europe through  label BB*Island as doublevinyl (+download code) / CD and digitally (iTunes and Spotify).

For more information about Lady Lamb or the performance at The Grand Social, visit the website or Facebook page!