Enter the ancient surroundings of Marsh’s Library for a chilling encounter based on the gothic master’s tale of terror. 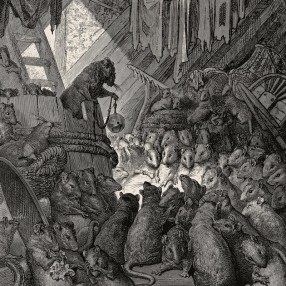 The Judge’s House. Ireland’s oldest public library was once a regular haunt of Bram Stoker, and home to a resident ghost. Allow yourself to be led by a voice in your ear that begins as an audio tour but soon transforms into something more sinister. Soon, you’ll uncover the tale of Malcolm Malcolmson – a young man whose study is disturbed by strange sounds from behind the walls, that lead to a terrible reckoning.
Adapted by Tom Swift from Bram Stoker’s original story, sound design by Patrick McGlynn. Voice performances by Clare Barrett, Michael James Ford and Stephen Swift. Presented by The Performance Corporation with support from Fáilte Ireland’s Sharing Our Stories initiative.