Back for its seventh year, the Japanese Film Festival is a celebration of renowned Japanese film.

The 2015 Festival features a diverse and packed programme of 20 films, which includes work of the most acclaimed filmmakers from contemporary Japanese cinema, and covers a variety of themes, genres and topics.

Films will be shown in numerous locations around the city and booking is advisable.

A LETTER TO MOMO

Following her father’s death, Momo leaves the city to move with her mother to their old family house, located on a faraway island where time seems to have come to a halt decades ago. Surrounded by forests and grasslands, Momo can’t stop thinking about a letter her father left unfinished and that only contained the words “Dear Momo:”. An even greater mystery will be added to this one when the young girl finds an ancient book that triggers off a series of bizarre phenomena... Hiroyuki Okiura (Jin-Roh) needed seven years to complete this incredibly beautiful, handmade animated story, but I can assure you it was worth the wait. - Sitges Film Festival 2013

One day, Ayako is reunited with her former classmate Yukari. She invites her to start working at her company, and she accepts. However, Ayako begins to treat Yukari coldly and act strangely around her. Yukari feels increasingly pressured, but Ayako has her reasons. The pent-up hatred within her deepens the darkness in her heart. To confirm her own feelings, Ayako confronts Yukari. Their conflicting emotions intertwine... What lies at the end of this cycle of hatred? 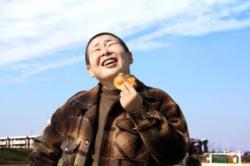 Thirty-two-year-old Tatsuo Fukuda, nickname “Fuku-chan” (Miyuki Oshima), is a painter who lives ina run-down apartment complex called Fukufuku Flats. He spends his days working up a sweat painting buildings, his nights mediating disputes between the other denizens of Fukufuku Flats, and his days off flying handmade kites down by the riverside. “An engaging bittersweet comedy pleasure, Fujita Yosuke’s Fuku-chan Of FukuFuku Flats is a low-budget film that makes the most of thecomedy talents of its leads with its mixture of slapstick humour and pathos working delightfully.” -Screen Daily

A swordsman is soon sorry to have left his devoted first wife. A woodcutter meets a snow witch. A blind musician sings for the royal court. Faces appear in a cup of tea. Working from a quartet of Lafcadio Hearn's atmospheric folk tales, director Kobayashi fashioned a spectacular and uncanny anthology film. Lavish costumes and Takemitsu's seductively spooky score enhance the sumptuous visuals. A strange sense of abstraction and cool distance hangs over every chapter and adds to the viewer’s sense of unease. Kobayashi’s interest in the supernatural is never about jump-scares. It is, rather, guided by a keen sense of mortality. A welcome dusting down of a criminally overlooked masterpiece. 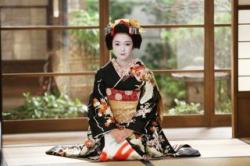 For as long as she can remember, Haruko has wanted to be a geisha. Eager to start her career, she approaches a teahouse in one of Kyoto’s famous geisha districts to become an apprentice geisha, or maiko—only to be rejected due to her lack of references, country bumpkin dialect and uncultivated demeanor. By chance, her accent catches the interest of Professor Kyono, a linguistics specialist and regular patron at the teahouse... 20 years after his hugely popular Shall We Dance, director Masayuki Suo presents a musical comedy based loosely on the Audrey Hepburn classic My Fair Lady.

A rare chance to see Takahata’s classic film on the big screen and in glorious 35mm. Only Yesterday is a gentle but poignant tale about a 27-year-old Tokyo office worker who embarks on a voyage of self-discovery while on holiday in the countryside. Flitting effortlessly between the protagonist's 1960s childhood and 1980s present, Only Yesterday delves deeper into the real emotional experiences of girls and women than perhaps any animated film before or since.

What tempts anyone from the straight and narrow? Daihachi Yoshida’s award winning drama follows bank employee Rika (Rie Miyazawa) as she casts aside respectability to get what she really, really wants from life Trading on the trust she has developed with her elderly clients, Rika starts to embezzle large sums of money and has soon acquired a toy boy lover and a taste for the high life. But this cannot end well... 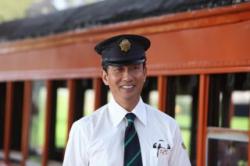 Hajime is in line to be the next head of a prominent electronics company. He toils day and night over his work and has no time for his family. But one day, his mother falls ill, and his best friend dies in an accident. Grief stricken, Hajime returns home, where memories of his childhood dream come back to him. He had always wanted to be a train conductor and drive the local “bataden” Ichibata Electric Railway. 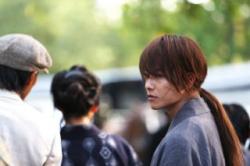 Rurouni Kenshin – Kyoto Inferno is the first of two sequels that follow the original Rurouni Kenshin blockbuster. At the request of the new government, Kenshin journeys to the old capital of Kyoto where unrest is brewing. Awaiting him there is a man so formidable that he was once allowed to inherit the very mantle Kenshin renounced: that of sanctioned assassin. And as Kenshin discovers, this crazed menace possesses skills that may be more than a match for his own. 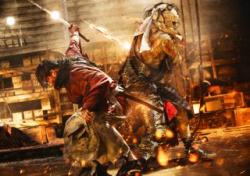 Following on from the Rurouni Kenshin – Kyoto Inferno cliff-hanger, Kenshin awakes to find himself with his Master, Seijuro Hiko. Unable to defeat Shishio, he begs Seijuro to teach him the ultimate technique that will vanquish Shishio and his evil plans once and for all. But to succeed, Kenshin must learn how to unlock the power within. Meanwhile, Shishio has the entire government wrapped around his fingers, and the entire nation is out for Kenshin’s head. In a final epic showdown, does Kenshin have what it takes to defeat Shishio, or is Shishio’s sheer insanity just too much to handle?

THE LIGHT SHINES ONLY THERE 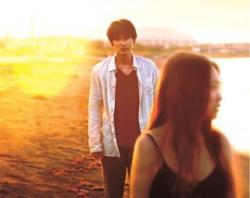 In the port town of Hokkaido, Tatsuo spends his days drifting aimlessly and his nights drinking to oblivion. At a pachinko bar, he meets Takuji, a brash blond teen parolee, who impulsively invites him to the basic home he shares with his parents and world-weary older sister Chinatsu. As Tatsuo and Chinatsu take tentative steps towards a relationship, the happy go lucky Takuji latches on to Tatsuo with unforeseen consequences. Japan’s official submission to the 2015 Oscars’ Best Foreign Language category is a dark but stunningly beautiful exploration into humanity, which solidifies Mipo O's reputation as one of Japan’s most promising directors. 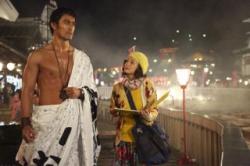 The hilarious sequel to 2012s surprise time travelling box office smash Thermae Romae: Ancient Roman bath architect Lucius has become an overnight sensation for his innovative bath (thermae) creations. Commissioned to build a thermae for gladiators in the Colosseum, Lucius struggles for inspiration and so slips once again into modern-day Japan through the bath portal. He is reunited with Mami who has become a bath magazine writer. Soon they are caught up in the conflict between the pacifistic Emperor Hadrianus and the militaristic Roman Senate. Can Lucius and the Japanese bath culture save the Roman Empire from splitting in two?!

When Rikuo notices his android Sammy has been acting strangely, he decides to investigate. In a world where androids are disrespected, his search leads him to the Time of Eve café, where humans and androids are treated as equals. A touching and thought-provoking look at what makes us human. 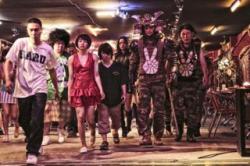 Sion Sono, Japan's enfant terrible, is back with yet another film unlike anything you've ever seen before: a yakuza/street-gang/hip-hop musical epic. In a futuristic, alternate-world Tokyo, the city is made up of ghetto slums and nightclub playgrounds where gangs of wayward youth rule the streets. The city is carved up into 'hoods, and the crossing of territorial lines quickly leads to riots and rumbles. On the turf ruled by the savage yakuza Big Buppa, the simmering tension is about to boil over into all-out war. 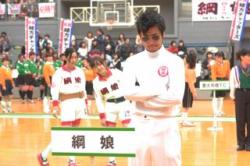 In a bid to save his city from a recession, the mayor of Oita city enlists Chiaki from the city’s public relations department to run a campaign to stimulate the local economy and bring vibrancy back to the town. Inspired by a true story, Tug of War! is the heartwarming tale of how seven ordinary housewives banded together to revitalise their local community, forming firm friendships along the way. 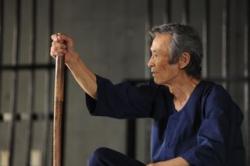 With a nod to Charlie Chaplin’s Limelight, Ken Ochai presents a moving, nostalgic drama portraying the men behind the golden age of chanbara (sword-fighting dramas and films) - Uzumasa Limelight goes behind the scenes of the distinctive film genre for which Japan is famous. 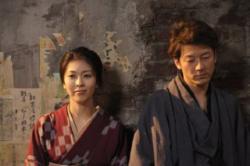 An all-star cast enacts a story, distilled from seven of acclaimed novelist Dazai Osamu’s works, in this literary drama released on the 100th anniversary of the birth of the novelist. Set in the chaotic postwar period, Villon's Wife explores the tumultuous relationship between a hard-drinking, promiscuous writer and his beautiful, upstanding, and devoted wife. 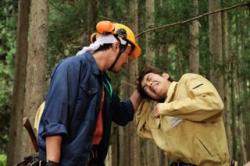 Having flunked his university entrance exams, 18-year-old Yuki abruptly decides to leave the city behind to take part in a one-year forestry programme, swayed not by a passion for all things lumberjack-related but simply the attractive girl on the programme’s brochure. Wood Job! is a coming-of-age story by Shinobu Yaguchi, the director behind the Japanese box office smash hits Waterboys and Swing Girls, and based on the novel by popular author Shion Miura, a story which touches on ancient mythology and Japanese legends.