On the night before Halloween two brilliant movies will be screened on Wolfe Tone Square, The Hotel Transylvania and The Wolf Man.

The first ever Halloween film screenings in Wolfe Tone Square, which sits on top of an old graveyard, deserves a WOLF themed event so we think these two movies are perfect for an event during Halloween! So invite your friends, family, neighbours, relatives & colleagues. Grab the picnic basket, a warm blanket, a flask and some popcorn and settle into an evening in one of Dublin’s only squares. 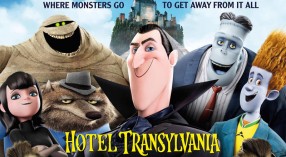 Welcome to the Hotel Transylvania, Dracula’s lavish five-stake resort, where monsters and their families can live it up, free to be the monsters they are without humans to bother them. On one special weekend, Dracula has invited some of the world’s most famous monsters – Frankenstein and his wife, the Mummy, the Invisible Man, a family of werewolves, and more – to celebrate his daughter Mavis’ 118th birthday. For Drac, catering to all of these legendary monsters is no problem – but his world could come crashing down when a human stumbles on the hotel for the first time and takes a shine to Mavis. 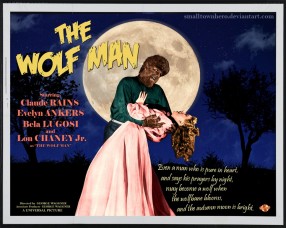 The Wolf Man is a classic horror about a man who returns home to his father after his brothers death, while staying with his father and trying to make amends with him he meets an array of new people and he seems to like it. But things take a turn for the worst when he is bitten by a werewolf and becomes one himself.