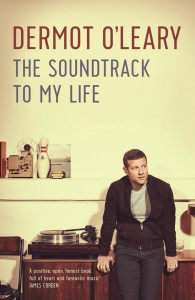 An exclusive opportunity to meet one of the most prominent figures in Television and Radio entertainment, Dermot O'Leary. Dermot will be in town at Eason O'Connell Street on Thursday November 13th at 12.30pm signing copies of his memoir focussing on the essential soundtrack to his life.