The Cabinet of Dr Caligari with live music by 3epkano 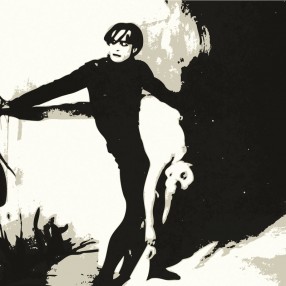 A huge commercial and critical success in its day, The Cabinet of Dr Caligari is considered the first true horror film and one of the most influential films of the German Expressionist movement. It is also responsible for introducing the ‘twist ending’ in cinema.
The film tells of showman, Dr Caligari slithers through the town murdering people until a young student becomes suspicious when his friend is found dead. As a series of disturbing events unfold, the townspeople discover a truth, hiding something even more sinister then they could ever have imagined.
Dublin based musicians, 3epkano, are dedicated to producing original soundtracks to silent, avant-garde, and contemporary cinema. Since 2004, the group have played numerous headline shows in both Ireland and the US to huge critical acclaim.