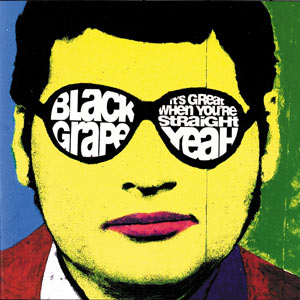 The Happy Mondays fell apart in 1992, leaving most observers to assume that it was the end for Shaun Ryder, as he struggled to recover from his numerous drug addictions. No one could have ever predicted that three years later, a relatively fit and healthy Shaun would return to the top of the charts, with a new band that fulfilled all of the promises of the Mondays. Black Grape was everything that Happy Mondays always were, only better. Black Grape’s debut album, It's Great When You're Straight...Yeah, is a surreal, funky, profane, and perversely joyous album, overflowing with casual eclecticism and giddy humor. The new band was looser and grittier than the Mondays.

Only six months after forming, Manchester band Alias Kid were signed to 359 Music by industry mogul Alan McGee. The band fuses 60's style anthems with an eclectic mix of influences from the 1970's to the present day, creating a sound that is at once familiar and yet still unique.

Win a Pair of Tickets

Black Grape at The Academy