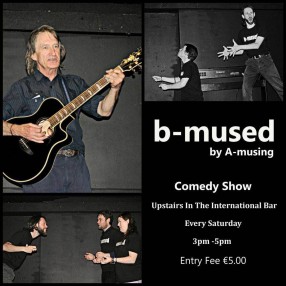 Featuring an eclectic bunch of actors, comedians, musicians and misfits, combining audience suggestions with warped imaginations to create scenes as unpredictable as they are hilarious. Based in the upstairs of the famous International Bar, Dublin's original home of comedy, come and see the show that Dara O'Briain said 'I refuse to see' (True story).

Admission is €5 at the venue.