The Story Behind a Pub Called The Confession Box

The Confession Box pub resides snuggly at 88 Marlborough Street on the ground floor of a fine old Georgian building at the side of Boyers Department Store. At Confession Box you are guaranteed a good pint & no penance.

The name might seem curious at first but when you consider the size of the cosy confines of the pub and the close proximity to the neoclassical grandeur of St. Mary’s Pro- Cathedral, “the Pro” as it is still known by many Dubs, the pubs’ title begins to make a bit more sense. 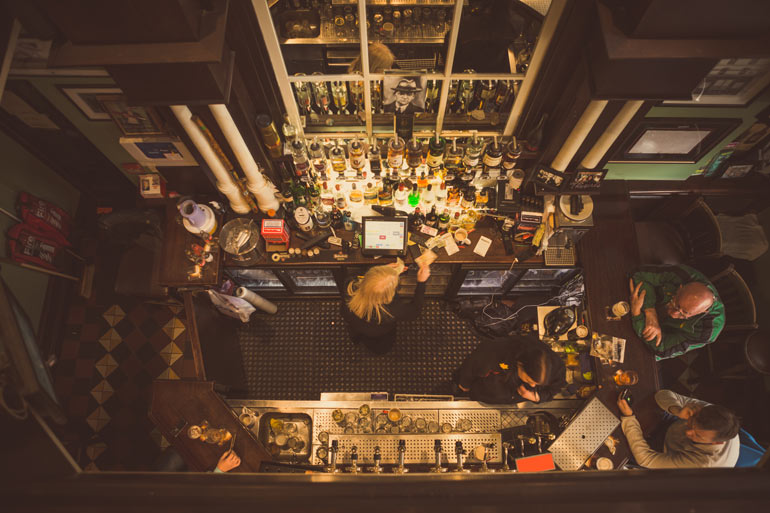 There is another reported reason for the name of the pub that dates back all the way to the Irish War of Independence (1919-1921). During that conflict the last know excommunications from the Catholic Church in Ireland took place and were directed against the men involved in the ongoing rebellion. At the forefront of issuing these excommunications was Bishop Daniel Cohalan of Cork and it was rumoured that many of those who were excommunicated, including that famous Corkonian Michael Collins, would drop into what was then the “Maid of Erin” pub and would receive Communion and Confession from sympathetic priests from the nearby Pro-Cathedral. Thus the pub earned the nickname of “The Confession Box”.

There is still a great deal of memorabilia adorning the walls of the pub today from that time period with “the Big Fella” featuring prominently. 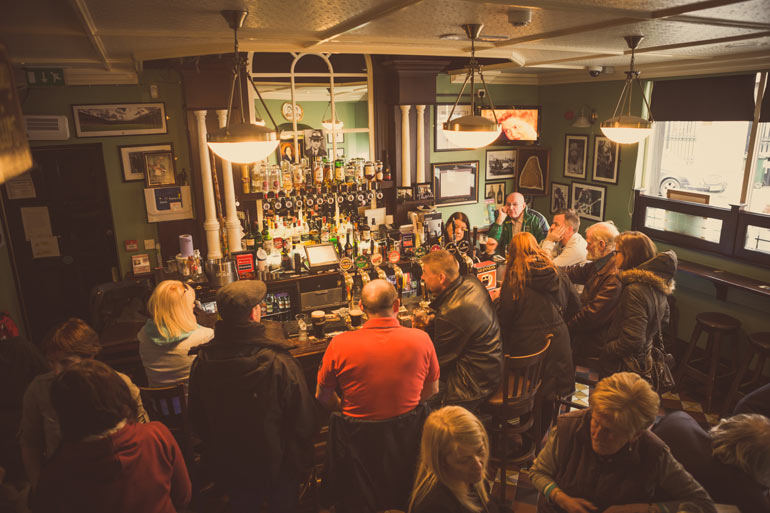 These were not the Confession Box’s only claims to fame however. In 1793 the building was the birthplace of Dionysius Lardner the noted scientist and economist who became infamous for his rivalry with the most famous engineer in the Industrial revolution, Isambard Kingdom Brunel. He was also reportedly the father of the famous playwright Dion Boucicault, who features elsewhere on DublinTown.

Many years later the pub came into the ownership of the noted sportsman Michael O’Flanagan and was renamed “O’Flanagan’s” until 1965. Michael was a great all-round athlete and was the younger brother of the famous Dr. Kevin O’Flanagan. Michael and Kevin are unique in the world of sport, both committed amateurs, they are the only brothers who have represented their country at senior level in both soccer and rugby. Michael who was playing for Dublin club Bohemians when he won his only cap for the Irish football team in 1946, a late call up to replace injured striker Davy Walsh in a game against England at Dalymount Park. His brother Kevin, then playing for Arsenal only realised he would be lining out alongside his brother when he turned up in the dressing room an hour before kick-off! Mick was also a member of the Irish Grand Slam winning rugby team of 1948, winning his only cap in the 6-0 win over Scotland. Such was the connections with the pub that years after Mick’s sporting retirement a group of sports journalists who were in for a pint decided to found the Soccer Writers Association of Ireland (SWAI) there and then. An association that exists to this day. 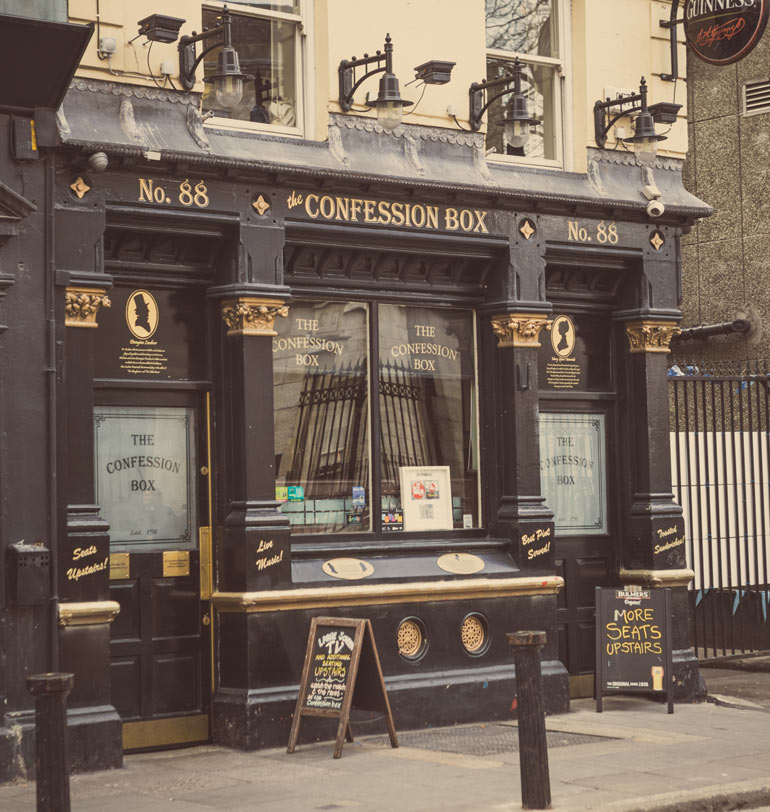 Today the pub is probably best known for its pints of Guinness, it has been voted the best pint in Dublin by 98FM listeners for the last two years in their Best of Dublin awards. And for their popular live trad music evenings. The pub has recently been refurbished although the changes have been subtle and have preserved the intimated, old world atmosphere so beloved of locals and tourists alike. So next time you’re on Marlborough Street drop in for a pint. We don’t think they do communion wafers anymore.

Things to Do in Dublin from December 26-30